Why alternative of traditional currency becoming so popular?

Technological innovations are coming up with all possible changes saving time and effort for common individual. Traditional currencies are one common mode of making payments about in this age of internet and technology digital payments are making its entry into the mainstream system. There are many alternative modes available in the market which is expected to replace coins and cash in your pockets. Why the need of alternative currency? This is one common question asked by millions of individuals. The answer is simple. With digital currency there are numerous benefits, it is going to save time and effort of every individual.

The most important thing about alternative currency is that it will create an enormous impact on the market, at its nascent stage you can see such positive response around the world. In coming days’ time when its impact will increase more and more individuals will get benefitted. It may take time for alternative currencies to replace traditional currencies but it will have a massive effect all over. Many digital payments are available in the market presently if this growth rate continues in days to come it could give tough competition to traditional systems or financial transactions. Take into consideration the advantages on offer with digital currencies.

With time many digital currencies are coming up in the market, among all these types Bitcoin is popular and its use is growing every day. Experts believe Bitcoin is hugely influencing today’s economy. Better technology and innovative ideas increased the recent economic scenario, moving all these alternative options from fringe to the mainstream market. With these digital exchanges, there is advanced encryption which maintains anonymity and security. Bitcoin is the most popular digital exchange of recent times, and its transactions are increasing at a fast pace. Apart from that, there are other currencies too, and those are too trying to enter the mainstream market. 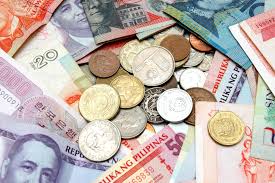 Use of digital payments

Seeing the ease of these online payments many companies and merchants around the world are accepting these modes of payments. Local currencies in the form of money or cash are used in some geographic regions, but with these online modes, you can make payments all over the globe in few seconds. There are several benefits on offer with digital exchanges. It is making transactions fast and easy. Send or receive money from any place at ease. With few simple taps, you can send money to any corner of the globe with fewer transaction fees. Digital payments don’t involve third party interference thereby saving time and money.

The future of alternative currency is still hard to predict. According to experts it is still in the nascent stage and seeing its present trend one can believe that its impact will increase all over the globe. Bitcoin, for instance, is making its mark in the financial market and it is slowly getting accepted in many parts of the globe. Top business groups and companies around the world are accepting it as payment, something which is luring many new users.