How does a Bitcoin ATM Work

Home / How does a Bitcoin ATM Work 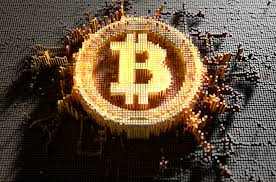 How does a Bitcoin ATM Work

Get to know how does a bitcoin atm work

With growing popularity of Bitcoin, there are many new techniques coming up in the market to make it readily available to common people. In this age of digitization, millions around the globe are availing the facilities of Bitcoin. Popular web portals are coming up where you can exchange digital currencies using conventional denominations. Off late cryptocurrency machines are getting installed in many places, and it is making the task easier for users. Locate Bitcoin ATM from your smartphone or tablet and avail its services to buy or sell digital currencies at ease.

What is BTM kiosk?

BTM kiosk or Bitcoin ATM allows modern day individuals to buy and sell Bitcoins using normal currencies. Cryptocurrency machines are coming up in popular cities around the world, locate it and start buying or selling cryptocurrencies at ease. Popular BTM kiosks are known to charge meager fees for every transaction; some are charging zero fees. Though in some countries using BTM kiosks can be bit expensive compared to online transactions, the reason being its infrastructure cost and maintenance charges. But the best thing about these devices is that it is easy to use, and you can buy or sell anytime with less hassle.

How does a bitcoin atm work?

Before you start using these kiosks, it is important to learn how this whole system works. The first step is to scan the identification, based on which the machine can validate. Once the validation process is over the user needs to feed some cash and generate the QR code from his or her wallet. QR code is a large square code which comes in black and white pixels. Then the user gets the chance to send Bitcoins to the entered address; it can be any user from any part of the globe. Some of the BTM devices generate paper wallet or an offline wallet; it is a bearer instrument of digital currencies.

What are these machines?

All these kiosks are similar to any other conventional currency ATMs where you can buy or sell digital currencies as per convenience. These are money transmitting tools that are coming up in many places around popular cities. BTM kiosks are known to charge 5 to 10 percent charge based on the location and service provider. Some BTM kiosks networks are charging zero fees to get more customers. In the past few years, there are huge numbers of Bitcoin ATMs getting installed in popular places. As per reports, the current number of BTM kiosks globally is 1237 to be exact. This number is increasing rapidly and in days to come more installations is expected.

As Bitcoin users are increasing every day, these ATM machines are making it easy for users to buy or digital currencies. There are many popular networks available around the United States; buyers can locate these services from their smartphone or tablet in few simple steps. Switch to this modern day innovation; it is believed to be the next big thing in the financial market.