Bitcoin currency is slowly getting accepted in many places around the globe, and it is considered to be an ideal alternative to traditional currencies. Some amazing features are coming up with this digital currency, but one major concern seen among Bitcoin users is its volatility. What is this volatility? It refers to the price jumps or fluctuations that take place over a period. The price of Bitcoin moves up and down over a certain time. Volatility is measured widely regarding VIX.

The smaller market cap is known to be more volatile. One good example to help you understand the situation is throwing a rock into a pond. When you take the same rock and throw it into an ocean, then the effect will be completely different. This same concept is with Bitcoin currency. Rock, when thrown on to the pond, will have more effect than on ocean. Bitcoin is similar to a small pond as of now and hence is more volatile, or it gets affected by everyday sell/buy orders (the rock).

Volatility is a mathematical measurement of the potential size of all possible price changes. Here the relative volatility explains why a mere 2 percent daily change in the value of the currency may shock the market. On the other hand, 4 percent daily move in this digital currency is considered to be a standard.

There are different concepts available online about volatility, and we have studied all these information to help you understand this concept better. As per Investopedia volatility is defined as:

“Volatility is a mathematical measure of dispersion of profit or return for a certain market index or security. This volatility can either be measured by using variance or standard deviation between the returns from that security or the market index. In general higher the volatility, the riskier will be the security.”

The last sentence regarding volatility is significant. Many investors are putting money on Bitcoin. For some traders and aggressive investors, this volatility of Bitcoin is a great opportunity, but it’s risky reputation, on the other hand, makes it tough for many sensible financial players. There are many amateur or expert financial players in the market, and because of this risky reputation of Bitcoin, they are not taking it much into consideration.

This volatility factor is definitely a good thing, and it gives you the chance to make good money in a quick span of time. At its present level of growth, this digital currency would fight to absorb such massive influx of investors or new users. For instance, if any country decides to adopt Bitcoin as a national currency, the demand would severely overload the volume of present network. This whole concept of high risk, no matter justified or not, is one of the main factors which is preventing interruptions from excess demand. 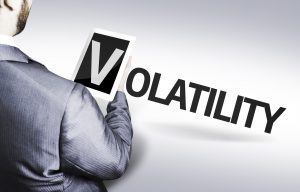 Bitcoin volatility is known to all, and this is what often concerns many investors. Interestingly for some point of time volatility is low and holding following that for almost 2 years. Volatility rate occasionally reaches at 5 percent on a monthly basis, and it remains higher than any other major currencies. The difference is appreciating despite that high volatility, on the other hand, fiat currencies constantly devalue due to inflation. As one may expect, fiat currencies are far less volatile compared to Bitcoin; gold is a bit more volatile than fiat. Altcoins are more volatile when compared with Bitcoins. 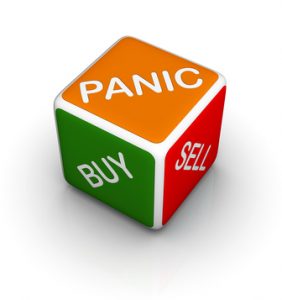 With time Bitcoin is getting accepted in many places, the number of Bitcoin users around the globe are increasing yet Bitcoin remains volatile. When this article is written Bitcoin price is increasing skywards, it is climbing multiple points every day. Every year the price of Bitcoin is soaring, and at present, it is somewhere around $2813. In almost a year the price of Bitcoin has doubled. But the most interesting thing about this digital currency is that for some point of time it has done so in a smooth manner. It means there has been a constant upward movement without any severe or much downward reversals or corrections. It shows the diminished degree of volatility despite a significant increase in the value.

However, there are very few who are complaining about this price rise. However, Bitcoin’s high volatility does present some serious problem, even if it is upward volatility.

Volatility and Its Dissatisfactions

In present time Bitcoin is experiencing a constant upward increase in price, but in the past, it has experienced 4 boom and bust situations. Our experts believe this trend will continue in days to come. It is known that the price of Bitcoin is shooting to the moon, in a moment’s time, it will crash back to the earth again. 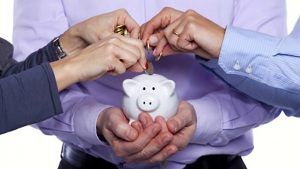 This particular observation is based on the hodl principle which states given sufficient time the price of Bitcoin will be inevitably higher. Over time as Bitcoin issuance is diminished with halving event, this increasing scarcity will raise the future price again.

This particular strategy has proven to be hugely successful as a counter to volatility till date. Experts say that there exists non-zero risk of digital currency failing and there are different reasons associated with it.

For agile traders Bitcoin volatility is desirable. This is something that provides them with plenty of opportunities to make fast and large profits. By buying or selling Bitcoins, these traders can make a good amount of money in quick time. Expert traders are coming up with different game plans so that they can survive the harsh Bitcoin market trends.

Bitcoin price volatility also represents a useful measuring tool for traders. This is perhaps best understood in the form of Bollinger Band. When the Bollinger Band squeezes tightly around a price, it signals contraction of volatility. At times when volatility picks up, this Bollinger Band expands. Traders in such situation typically put on traders in the direction of a getaway. 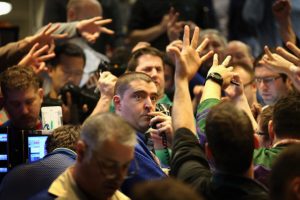 In a continued move the price will move to either side of the bands. However, when the Bollinger Band is conclusively pierced, there are higher chances of making a profit with every move. The best thing about this Bollinger Band is that it immensely helps you to visualize Bitcoin volatility. It helps you to understand some important things related to trading and accordingly you can benefit from market awareness.

Unbalanced money may make commerce difficult. It is one reason why most merchants price their items or goods in fiat currency, the bitcoin price tag automatically adjusted to the match. However it is also important that the merchant converts all his or her earning to fiat currency instantly, there is fairly negligible exposure to volatility risks.

The price of Bitcoin keep is fluctuating with time, as of now, there is a constant price trend seen with Bitcoin prices. However, the ones who are earning monthly or weekly payments for any of their services or businesses in the form of Bitcoin may receive far fewer Bitcoin as expected, even if there is a sudden price rise. In the worst scenario, the price of Bitcoin may rocket just before the payday and plunge when service providers can convert the coins to fiat currency. For employers, there may be a reverse case, which may lead to unpredictable and inflated salary costs. 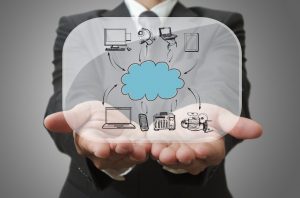 Careful and to be precise more complex invoicing is necessary to prevent or cut down risks of such problems. Daily average price should be referenced alongside the agreed amount, fiat currency denomination rate per task or hour. Make sure you negotiate such payment arrangements up front, something that will help you minimize the loss in worst situations.

Comparing Volatility of Bitcoin to that of other Assets

At present, the current price of Bitcoin is around $2813, and the market cap is roughly around $45 billion. This market cap is quite similar to top technology firms from around the world on the NASDAQ. This cap is basically determined by price times the number of distributed shares. There is no doubt the fact that these technology companies are quite distinct from revolutionary commodity or currency which is Bitcoin. This assumed similarity ends with the market cap. 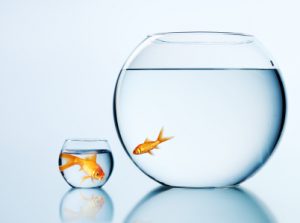 All these stocks have a value which is close to that of S&P 500; it means they are all volatile enough. Beta scores are taken into the count to check every detail. Comparing all these figures, you can check the volatility of Bitcoin and other assets.

In this particular piece, we tried covering all important aspects related to Bitcoin volatility and why its price keeps fluctuating over the years. Though Bitcoin is becoming popular among modern day enthusiasts yet it remains volatile which concerns many Bitcoin investors. Share your views about this topic with us by commenting below.